As a 707 representer, I've literally grown up listening to Mac Dre's music. If I picture house party music from my high school days, his voice is what I'm hearing. And so once again it be Dre Day here in the Bay, bay-bay. But not just any Dre Day neither. This be Furl's fiftieth born day. Crazy. Stupid. 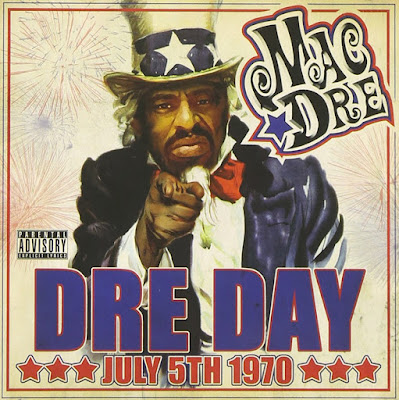 Almost two years ago now my main man Marty Mart of the monolith that is The Martorialist debuted this compilation I made. Might as well take the time today to showcase it here on my own 'spot. 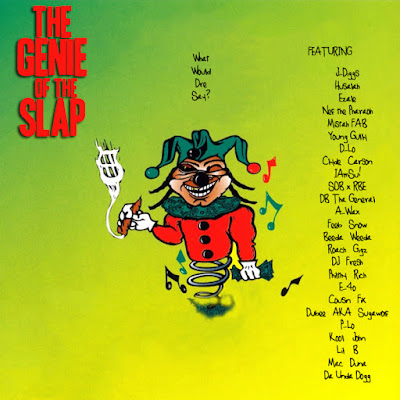 But the real reason I'm posting is I've been trying for a long time to collect all the Mac Dre video footage that has ever turned up on DVD and there's no way to know exactly what I'm missing.

Plus there's a lot of bootleg quality cash-in type stuff was created “in tribute” right after his death. So it can be difficult to tell from the way these things get promoted whether there's actually an appearance from Andre Hicks himself or if they're just talkin' about him or playing his music.

(Usually the internet might be some help, but like with Big L, or Stretch & Bobbito, or a list tracking those in the culture who have died, I found myself in some sense a de-facto leader of these massive archival endeavors just because nobody else had bothered to tackle them yet.) So here's what I've discovered in this case:

This list I've compiled is the most accurate and complete one I'm aware of. However, if you know of something that isn't listed, please help by adding on.

As you can see, there's one title missing. One that I've been looking to purchase (or if I have to, download or stream) for the better part of a decade. I've searched in local mom and pop shops, larger chain stores, bigger websites, smaller secondhand markets, niche groups, social media, by phone, email, and nobody knows what the fuck I'm talking about. It seems to have disappeared completely, minus a few people on the Siccness forum mentioning that they bought it right after release and a single remaining YouTube clip:


It's called Town Bidness: The Movie and then to further complicate things denotes that it's volume (or vol.) one (or 1, or I). Don't think there was ever a sequel, not that that matters for my purposes. It was a DVD that came out in February 2005, put out by FriscoStreetShow. There was a rip on Siccness at some point with a now long dead link, along with signs that there used to be more clips on YouTube, if only to frustrate me.

Now if you try to search for it online you just find signs of me over the years asking people on eBay or Facebook or making it my pinned tweet on the Twitter account I don't even use. You find me begging and private messaging people who went dormant years ago on Siccness. Or Blogger. Posting on YouTube, trying to message the uploader of the remaining clip. I even wrote a comment on the Yelp page to the Frisco Street Show physical store that has been gone for years. Other than calling every Joseph Heard (the owner of the label / store) in the phonebook for the entire Bay Area, I've long been out of ideas here folks.

If anybody wants to try to help, I've frankly been getting pretty sick of looking for it.

I'm guessing the vast majority of my posts here are gonna be about rap music. This is already one of those rare exceptions. Today is the one year anniversary of a videogame I play. Normally games aren't such a huge part of my life to consider anniversaries on any conscious, let alone celebratory level. And typically for me games are completed or more likely left unfinished, sometimes returned to, often not, but aren't a continual daily or weekly investment that goes on for a full year straight. Super Mario Maker 2 has been different for me in that regard, as well as a couple of others.

Some of my earliest videogame memories are of Mario. Super Mario Bros. 3 in particular was mindblowing to me at five years old. Since then, most of my Nintendo videogame handheld and console purchases (SNES, Game Boy Color, Wii, Wii U, and now Switch) have been primarily because of Mario games.

Now I played the first Mario Maker, but due to the relatively small size of the active community, the lack of interest from my friends, and the limitations of the game and the console, I was intrigued though not yet obsessed. I played enough to collect all the in-game costumes, yet not enough to get any medals, which are achievements that generally take hours upon hours of repetitive action to unlock (an act in gaming known as grinding).

Before Mario Maker, I knew a bit about Mario ROM hacks conceptually but not enough to understand the kaizo level people from the ROM hack world who were taking over the Mario Maker community via YouTube influence. So I watched videos to learn more. First to watch professional level players complete levels I wouldn't dare play and then to learn more about the game mechanics and gain knowledge of the lexicon. I ended up building about half a dozen levels using the first Mario Maker level builder, they weren't great.

But along the way I discovered people who had transitioned from building ROM hacks, to also building Mario Maker levels, to making YouTube videos explaining and showing off their levels. People like GrandPOOBear and PangeaPanga. Also gamers who were incredible at beating levels, like Thabeast721 and Z7. Years went by as the already diminutive but dedicated group dwindled further. Then rumors started to swirl about a Super Mario Maker 2. A sequel to be delivered on Nintendo's newest console, the Switch. I was back on-board and ready for an updated take. It has more than delivered.

Now I'm watching those YouTubers from before more than ever but also people I didn't know about last time around like LilKirbs, who plays some of the world's most difficult levels and breaks down his movements, sometimes in slow-motion in order to show off what he can do. KingBoo97, one of the fastest speedrunners. raysfire, friend of Panga and an all-around good-natured funny guy. DGR Dave, whose laughter rather than anger at troll levels is particularly uplifting. Ceave Gaming, Icay, and Smashy all show off little-known techniques, each one of these YouTubers with unique presentations. There are also speedrun and versus competitions put on by the likes of GSA. Never have I ever considered retaining the name of some streamer and / or gamer personality, let alone dozens. Lots of wholesome, supportive, quality content produced by all.

I was doing enough speedrunning in the early months of the game to (at the time) have a gold medal (top one hundred global rank) for most world records. At the six month mark I documented the placement and statistics for myself and the other top ninety-nine players. At the nine month mark I took those screenshots, made this infographic, and posted it on Reddit (though I've never been a big fan of their format or layout, there is a strong Mario Maker following there):

As with most things I create and try to self-promote, not many people saw it. Just like not many people have seen my newer levels. So now I'm archiving and writing far too much about it here for you. Makes sense, right?

Final Bonus: Someone who had a streamer-looking name (iGamer4TV) played a few of my levels back in late March. So I looked him up on Twitch and downloaded an extremely low-res copy of the stream. Now that it has been removed from his video on-demand (or VOD) list, I've reupped that to YouTube.


Who remembers RealPlayer? Yeah the quality is about there. Prepare to go back in time, in more ways than one.
Posted by The Big Sleep at 12:00 AM No comments:

Based on an idea that's been floating around in my head for literally probably fifteen years now, that eventually I made a thread about on Philaflava some months back. It's about rap music where being on the run is depicted in at least some aspect of the song. So shouts to everybody who's helped out tellin' me about and remindin' me of tracks for this project.

(Since I don't know exactly what I'm doing, this is more a proof of concept mix in Audacity that may be redone by me in something like Ableton at some later date, no promises though. I know the album version of 6 N the Morning is quieter here than the single version but other than that I'm actually not upset with how this has turned out so far.)

Here's the first section, from the mid to late eighties. You'll notice from the title and tracklist that the plan is remain roughly chronological: 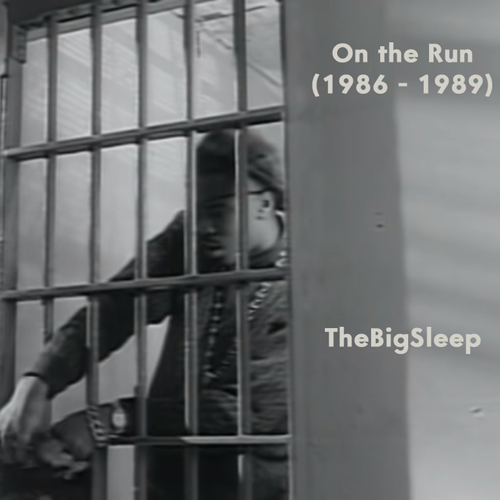 Happy Juneteenth!
Posted by The Big Sleep at 4:20 PM No comments: